WOMAN AS HEALER
“As the primary providers of care, women reared children, nursed th sick, and took care of the dying. Woman was seen as the source of life, mother and guardian of the tribe. Her body swelled in pregnancy, she bled each month but did not die from her “wound,” and she produced milk that nourished the helpless infant. All these functions were seen as mysteries, connected in some way with the waxing and waning of the moon … ”
“As the provider of care, woman naturally needed to find remedies for illnesses. She no doubt experimented with the roots, leaves, and berries she came across as her tribe moved about. And when fire was discovered, these simple remedies would have been cooked or mixed together. This was a kind of magic, and as goddess of the food-giving plants, herbs, and fruits, woman numinously transformed these basic elements. She was thus the inventor and guardian of the first healing potions, medicines, and poisons.”

How are you a healer?

“For too long we have too narrowly defined the word creativity so that only a few people can see themselves as creative. Often, the common definition of creativity goes something like this:

Creativity is the ability to use the imagination to develop new, original ideas or things, especially in an artistic manner.

To be human is to be creative. You don’t have to go outside yourself to find creativity–you already have it. It lives in your heart and mind every moment of every day.”

What is your art or craft? How is your creativity expressed? What role does it hold in your days?

“The growth of a girl into a woman, a princess into a queen, is not a liberal transition. Like any true creative flow, it is radical. That is not to say it is angry or harsh. But it is radical, the way truth is radical–and birth and art and real love and death. It changes things. It represents a shift in core beliefs, a belly-up of dominant paradigms. Without this shift, a woman seesaws between the brink of disaster and brink of salvation. She goes from moments of bliss to moments of terror. And then the children, and the world, begin to seesaw with her.

When a woman has owned her passionate nature, allowing love to flood her heart, her thoughts grow wild and fierce and beautiful. Her juices flow. Her heart expands. She has thrown off the crutch and compromise. She has glimpsed the enchanted kingdom, the vast and magical realms of the Goddess within her. Here, all things are transformed. And there is a purpose to this: that the world might be mothered back to a great and glorious state. When a woman conceives her true self, a miracle occurs and life around her begins again. …

When the Goddess is ready to reemerge, she reemerges. There is no person or law or institution that can hold her back.”

Marianne Williamson, A Woman’s Worth

Have you glimpsed the realms of your true self, the Goddess within? Has she reemerged? or is she ready to?

“Love is an element which though physically unseen is as real as air or water. It is an acting, living, moving force … it moves in waves and currents like those of an ocean.”

“The kind of love that the greatest thinkers and saviors of the world talked about is very different from what most people understand love to be. It is so much more than loving your family, friends, and favorite things, because love is not just a feeling: love is a positve force. Love is not weak, feeble, or soft. Love is the positive force of life! Love is the cause of everything positive and good. There are not a hundred different forces in life; there is only one.

Nature’s great powers, like gravity and electromagnetism, are invisible to our senses, but their power is indisputable. Likewise, the force of love is invisible to us, but its power is in fact far greater than any of nature’s powers. The evidence of its power can be seen everywhere in the world: without love, there is not life.”

Matthew Arnold predicted in the nineteenth century, “If ever there comes a time when the women of the world come together purely and simply for the benefit of [hu]mankind, it will be a force such as the world has never seen.”

Do you know how powerful and good you are? It is all yours already. 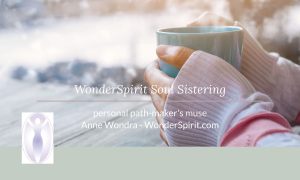 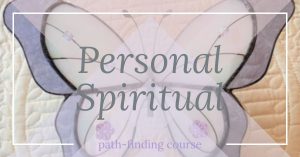 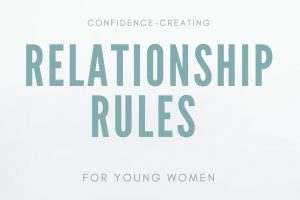